Funding for the construction of The Commons and was approved by VCU in 1975 at a budget of $7.7 million. The goal for project completion was August 1977. But construction for The Commons was postponed due to budget concerns.

After many years of planning and lobbying by students, faculty, and administrators, a building opened in 1984. Interestingly, the building was very similar to the original proposed and approved plans that were developed in the mid-'70s.

Later in 2002, with the completion of the Phase III expansion of The Commons, the building that stands today is almost exactly the same square footage that was initially proposed by architects in the 1970’s. 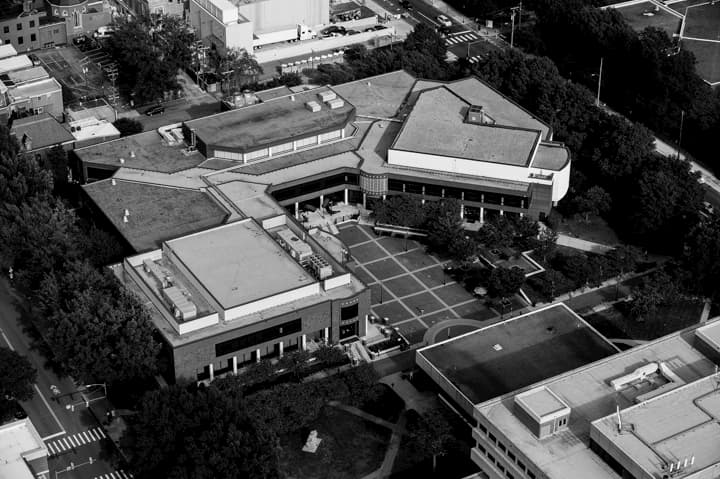 The University Student Commons, known as The Commons, opened on January 17, 1984.

On January 17, 1993, VCU celebrated a significant expansion of The Commons with the addition of Phase II.

On April 15, 2004, VCU celebrated the opening of Phase III of The Commons, a 39,000 square-foot addition that included the Ballroom, and 16,000 square feet of renovated space, including The Commons Theater, The Commons Cafe and Park Place Food Court. 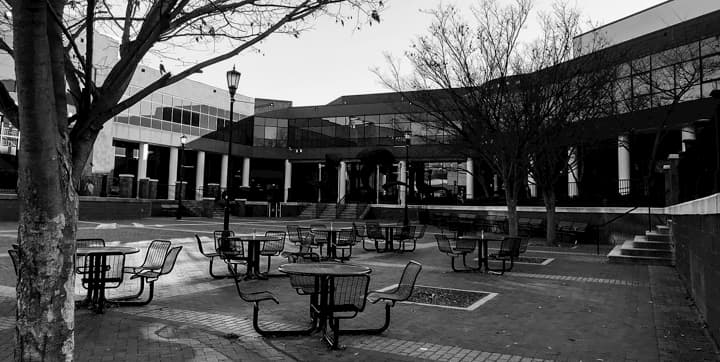 1976
VCU approves $.7.7 million to fund the construction of The Commons. Construction was postponed for many years due to budget concerns.

1993
Eugene P. Trani, President of VCU at the time, opened Phase II of The Commons on January 19, 1993. Dancers from the VCU Dance Department lead students, faculty, staff, and guests through a wall of colorful ribbons into the new 39,000 square foot addition. With the Phase II renovation, The Commons is at total of 120,313 square feet.

1999
With student enrollment skyrocketing to over 25,000, plans began for the Phase III expansion to The Commons.

2002
On May 28, 2002, groundbreaking ceremonies led by Dr. Eugene P. Trani, the President of VCU at the time, kicked off the Phase III renovation and construction project. Fun Fact:  Dr. Trani used the same shovel to the 2002 groundbreaking as he used on March 18, 1991, for the Phase II groundbreaking.

2004
In January 2004, The Commons celebrated its 20th anniversary with the opening of the renovated food court and a celebration. Dr. Trani cut the symbolic ribbon during the Phase III grand opening celebration,  April 15 to 17, 2014.